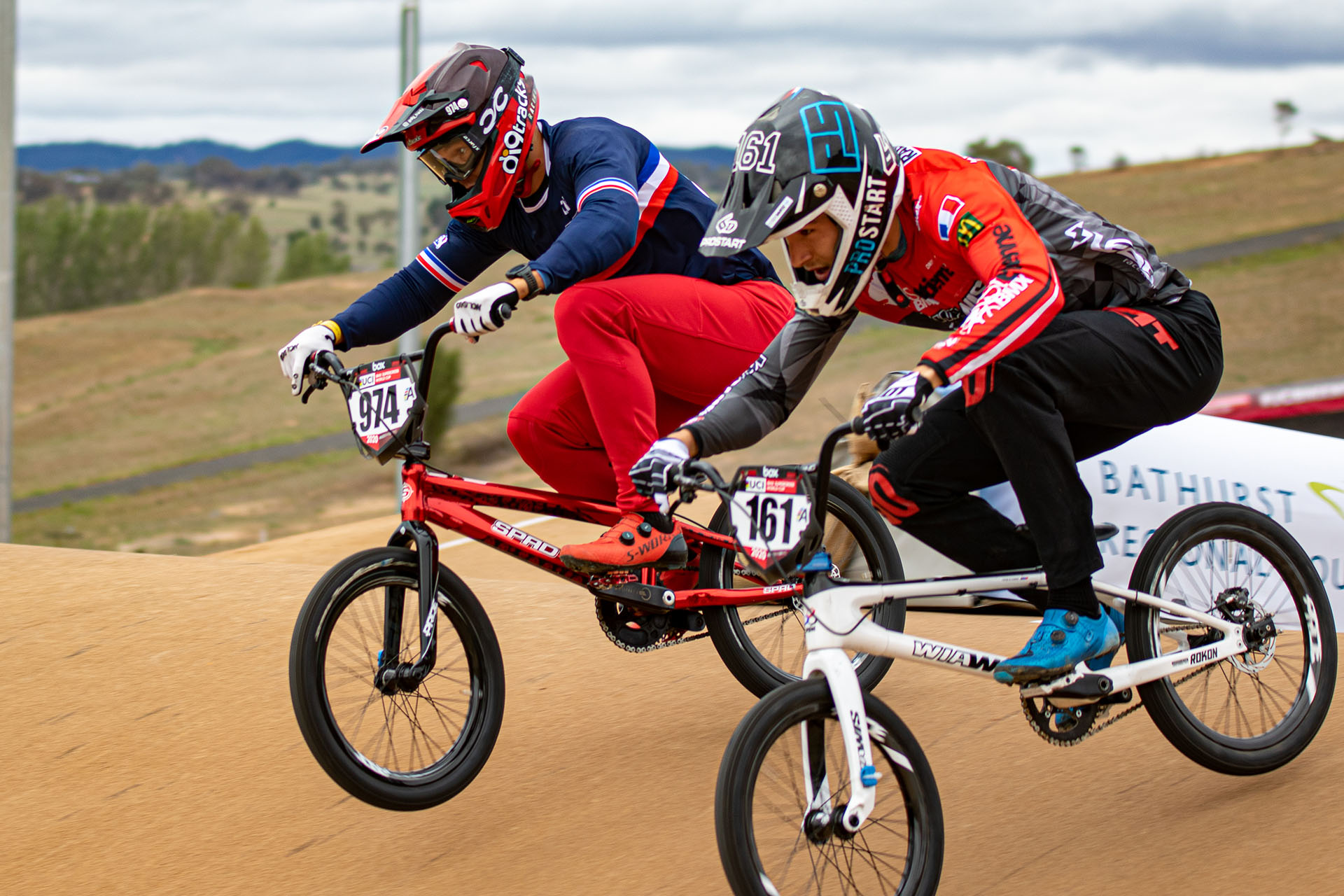 The 4 first stages of the world cup were in Asutralia from the 1st till the 8th of February 2020.

Stages 1 and 2 were in Shepparton, where our riders fought against the best of the world. Our elite rider Romain Mayet reached the quarter finale, he finally go down because another rider push him in a corner. Hopefully no physical injury, and he finished 20th and 21st. Simba Darnand, our new elite rider who just joined the Beringer Bicycle team, reached the round of 16, like our Swiss rider Cédric Butti.

The next stages 3 and 4 were in Bathurst in very tough climate conditions with rain and hard wind… the first day the organizers decided to stop the race after a hard crash of the elite rider Kai Sakakibara. He has been driven to the hospital in emergency, and we really wish him a quick recovery. The 4th stage has been canceled…

The official ranking after the events are on the UCI website :

This last weekend was terrible in the mind of a lot of riders because of the Kai crash… we all hope this won’t happen again.

Stay safe and enjoy your ride!

Our production is occuring currently some delay due to material sourcing. Usually we are able to ship your crankset in 5 to 10 days, we are now on a base of 3 to 4 weeks. Thanks for your understanding.